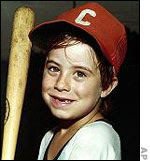 from dpa: One of the best known and longest running child murder cases in the United States has been solved. Police in Hollywood, Florida identified Tuesday a deceased serial killer and pedophile, Ottis Toole, as the man who abducted, murdered and decapitated six-year-old Adam Walsh. Toole was a convicted murderer who died in prison in 1996 and had long been the suspect in the case that elevated the boy's father, John Walsh, to national fame. "For 27 years we've been asking who could take a six-year-old boy and murder him and decapitate him? Who? We needed to know," Walsh said at the press conference with police, tears streaming down his face. "And today we know. The not knowing has been a torture but that journey is over," he said, according to ABC News. His wife and their three children were present. Walsh has been a tireless advocate for families of missing or murdered children. He helped create the National Center for Missing and Exploited Children, and became the host of a television show America's Most Wanted.

update: doubts remain about adam walsh's murder
from mcclatchy: That announcement, delivered at a news conference, was welcomed by Walsh family members, who said they finally had justice. But the announcement drew instant questions from critics who say the evidence against Toole has been shaky, at best, from the start, and who note that police never charged him while he was alive. "I was appalled, absolutely appalled," Pat Brown, a criminal profiler in Washington, said of the decision to close the case. "There is no reason to close a case without sufficient evidence that one particular person has committed the crime." Hollywood investigators who took Toole's early confessions had significant doubts. "My opinion, as is most everyone else from the city of Hollywood, is that he did not do this killing," then-Lt. J.B. Smith concluded in 1984. "The only thing that we will say for sure is that 3,500 hours and $62,000 later, we can't confirm anything he has said."