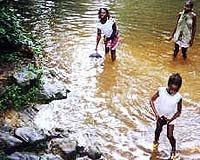 from afp: The world is heading toward "water bankruptcy" as demand for the precious commodity outstrips even high population growth, a new report warned Friday. In less than 20 years water scarcity could lose the equivalent of the entire grain crops of India and the United States, said the World Economic Forum report [4.4mb PDF], which added that food demand is expected to sky-rocket in coming decades. "The world simply cannot manage water in the future in the same way as in the past or the economic web will collapse," said the report. Water has been consistently under-priced in many regions and has been wasted and overused, the report said. Many places in the world are on the verge of "water bankruptcy" following a series of regional water "bubbles" over the past 50 years. 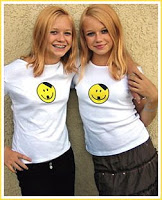 from times online: Couples who have more than two children are being “irresponsible” by creating an unbearable burden on the environment, the government’s green adviser has warned. Jonathon Porritt, who chairs the government’s Sustainable Development Commission, says curbing population growth through contraception and abortion must be at the heart of policies to fight global warming. He says political leaders and green campaigners should stop dodging the issue of environmental harm caused by an expanding population. A report by the commission, to be published next month, will say that governments must reduce population growth through better family planning.