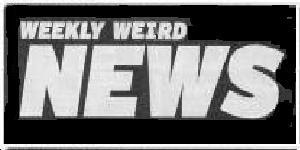 It's a 21st century "dead alien" video set to eclipse last century's Roswell Alien Autopsy! A Daily Mail article reports how two walkers casually traversing, "the frozen wastes of Siberia," stumble upon a dead alien--and whip out a video cam! It's also been rumored a UFO went down near Irkutsk, last month. "Perhaps that was taken away and the body overlooked," said Igor Molovic, one of the pair that uploaded the video." The real news story is 700,000 views referenced in the Daily Mail article, upped to 900,000, by the time this TNT magazine article made it online. The views of a "dead alien" estimated at two feet tall exceed 2,000,000 as of this entry. Warning, you won't be able to get the image out of your mind, once viewed!