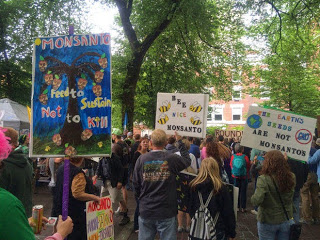 from oregonlive.com: Supporters of a mandatory GMO-labeling initiative say their own polling shows that Measure 92 is ahead with only days to go before votes are counted Nov. 4. The poll, conducted by Washington D.C.-based GBA Strategies, has the measure leading by eight percentage points, 52 to 44. The result differs from a poll released Tuesday, which showed Measure 92 trailing, 48 to 42. That poll, conducted by Elway Research of Seattle, was commissioned by The Oregonian and KGW. Yes on 92 campaign representatives said they decided to release the results of their poll to The Oregonian to counter the Elway poll. "Our own polling shows we have a small lead and that we have a good chance of winning this," said Paige Richardson, a campaign spokeswoman.