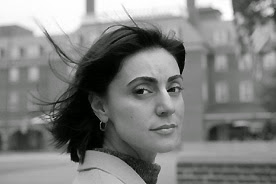 from boilingfrogspost.com: As the unending back-to-back scandals unfold, from the arrest and prosecution of courageous truth-tellers (aka whistleblowers), to the illegal wiretapping of all Americans, torture, indefinite detentions, the groping and handling of travelers, utilizing the IRS as the government’s hit-men and thugs … I am asked to provide statements, interpretations and/ or explanations as to what it is we are facing as a nation today. Some seek my opinion on what it is we are fighting against; on whom it is we are fighting against. After all, I am that government whistleblower- the one who has been fighting these same enemies and their recurring assaults, one way or another, in courts or congress or executive halls or the media, for twelve years, on and off-and to no avail.

I guess those experiences must make me some sort of an expert- on the illusion of pursuing justice in the US federal courts, on the naivety of expecting the US Congress to fulfill its theoretical responsibilities, on the futility of expecting real journalism from what is known as the US media … Because: Once upon a time, for over a decade, I was that relentless naïve sucker under the illusion of America the land of the pretty much free and the nation more-or-less governed by the Constitution. Then I stopped-being that sucker.

That’s right. I stopped talking about that enemy sympathizer called the US Federal Courts. I ceased cheering for entities filing lawsuits, year after year, in pursuit of illusionary justice coming out of imaginary Halls of Justice. I completely ended my day after day rounds in the congressional halls in hopes of finding the real representatives of the people. The occupiers of the US Congress represented a thing or two, but rest assured, “the people” was not among the what and who they represented. I severed all my contacts with anything or anyone known as the US media, and I reduced my exposure to them to pretty much ‘zero’- a must do in resisting and preventing the worst kind of toxicity to mankind (a concoction of propaganda, lies and misinformation).

Most importantly, I found the real enemy. I discovered the mega beast. I unearthed the main evil paving the way for all the secondary evils and their deeds. I found the one common answer to the most common question asked of me: who/what is the real enemy we are facing today that we must fight. Unfortunately that answer is not what the inquirers in the alternative media want to receive and air. Sadly, the real answer is not what the bewildered and irate activists are willing to hear or acknowledge. It is much easier to stare at the beasts in the forms of palaces and presidential mansions, carved majestic marble-granite courts, congresses or parliaments, media conglomerates … Beast-making is not that difficult. Channeling rage and energy towards the beastly abysses outside is a common practice.

On the other hand, it is hard and painful to turn the eyes inwards and look at one’s self. It is not a common practice- that’s for sure. It is not what we want or like to hear, acknowledge or tackle. I find myself standing alone when I now answer the questions directed at me following the endless atrocities and scandals. I am no longer the provider of the popular answer. My answer is one of the most unpopular, if not the most, in the eyes and ears of the public. I accept the consequences. I may never be sought as an opinion-provider after the never-ending breaking news on ever-expanding and continuing scandals. And that’s okay. Because I know there will be no hope of any meaningful action or changes so long as we stick with our national pride. The enemy has been us; we the people. We the majority – in denial. Our national apathy. Our large majority’s denial, indifference; apathy. Apathy is a must ingredient for any police state, authoritarian regime, dictatorship, for abuses of power, for corruption, national atrocities, genocide … Some ingredients may be decreased, increased or substituted, but one key ingredient remains constant: Public Apathy.

Like a cat chasing its tail, like Don Quixote chasing the many windmills, we can target and point fingers at kings, presidents, statesmen, judges and media puppetries. In the end we’ll end up with our own tail, we’ll arrive at the windmill of our own. We will end up with us the people. And that is the ultimate enemy we must take on and out: Our very own denial and apathy.