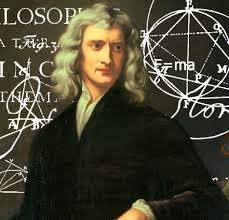 from Wired.com: When Sir Isaac Newton died in 1727, he left behind no will and an enormous stack of papers. His surviving correspondences, notes, and manuscripts contain an estimated 10 million words, enough to fill up roughly 150 novel-length books. There are pages upon pages of scientific and mathematical brilliance. But there are also pages that reveal another side of Newton, a side his descendants tried to keep hidden from the public.


Even in his lifetime, Newton was hailed as an eminent scientist and mathematician of unparalleled genius. But Newton also studied alchemy and religion. He wrote a forensic analysis of the Bible in an effort to decode divine prophecies. He held unorthodox religious views, rejecting the doctrine of the Holy Trinity. After his death, Newton’s heir, John Conduitt, the husband of his half-niece Catherine Barton, feared that one of the fathers of the Enlightenment would be revealed as an obsessive heretic. And so for hundreds of years few people saw his work. It was only in the 1960s that some of Newton’s papers were widely published.

The story of Newton’s writing and how it has survived to the modern day is the subject of a new book, The Newton Papers: The Strange and True Odyssey of Isaac Newton’s Manuscripts. Author Sarah Dry traces their mysterious and precarious history and reveals both the lucky twists and purposeful turns that kept the papers safe.


We spoke to Dry about the famous luminary, his beliefs both rational and not, and the different ways that people have thought about Newton throughout history.