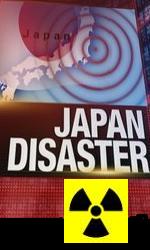 American somnambulists live as if radiation is a far away problem. An Inspector unit records 178 times background radiation on August 20th, 2011 in St. Louis, MO. The reading dispels wishful thinking; perhaps there's no problem. We're living in a radioactive age. Americans conduct themselves as if our leadership will look after them? In reality, our government is attempting a huge dodge, unwilling to face the catastrophe! A recent article by P F Louis, "Nuclear expert says Fukushima radiation coming to USA, massive cover-up under way," believes our government will pretend absolutely nothing is wrong! A clue to the dimensions of our dilemma comes when this article points out: "Geiger counters formally measured with Rems (Roentgen equivalent man) or millirems. The figures on Geiger counters now represent mSv units per hour. There is always a low level of measurable background radiation in our environment from celestial bodies and earthly elements...Whenever Geiger counters measure more, there is concern. Putting concerns into perspective, smoking a pack and a half of cigarettes (tobacco leaves absorb radioactive isotopes) daily causes an annual exposure level of 13 mSv per year."

The article confirms, also, present writer's concern, "many experts have questioned why the sarcophagus solution was not employed or even considered." The simple hideous explanation is they do not want to contain spread of radiation. It's more toxicity in our environment to act as a soft killer over time. It's also plausible deniability. Governments employ the label of "natural disaster" as a cover, but lack of any effective response reveals their true intent! The missing response blows their cover!

An echo reverberates, from ten years ago, when EPA poser Christine Todd Whitman advised New Yorkers that the air was safe to breath just days after 9/11! Don't believe them and start looking after yourselves! Leadership won't be there when you need it!