Murder/Mayhem & the Ides of March 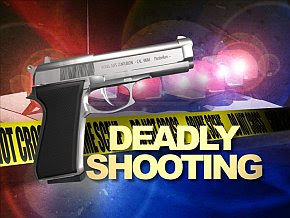 from ksla: Police in the Northeast Texas town of Commerce say a suspected gunman has been killed and an off-duty officer injured in a shootout outside the local Walmart store. Commerce Police spokeswoman Marty Cunningham says the incident Sunday began when police received a call of shots being fired from a red Ford Mustang at an intersection near I-30 in the nearby town of Greenville. The suspect then drove onto the highway, driving north to Commerece. Commerce police say the suspect exchanged gunfire with Commerce police just outside the city limits before driving to the Walmart. Cunningham says the suspect entered the store carrying “a long gun and a pistol.” An off-duty Delta County Sheriff’s deputy who was shopping in the story with his wife and baby followed the suspect out of the store, where the suspect was killed. 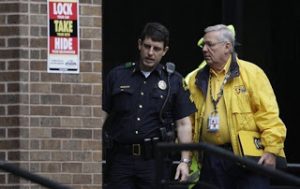 from cbs13: A shooting at a 15-story office building in north Dallas on Monday morning left three people injured, CBS station KTVT-TV reports. At a news conference, officials with the Dallas Police Department explained that authorities received a silent 911 call from inside the building and started driving there to investigate. Another 911 call reported shots being fired. The alleged gunman entered Smith Financial Group, a third-floor business that is owned by 63-year-old father Richard Smith and his 39-year-old son, Chris. Both were shot before the suspect retreated and pointed his gun at authorities when they arrived on the scene. Three officers fired an unknown number of shots at the suspect, who then shot himself in the head.

oh wait, he wasn’t taken into custody – he killed himself … nothing to see here, move along

One response to “Murder/Mayhem & the Ides of March”