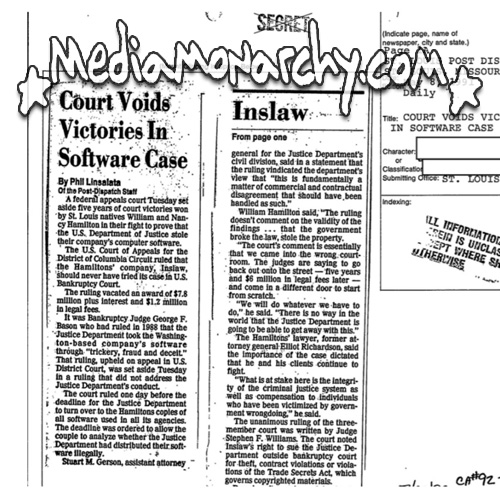 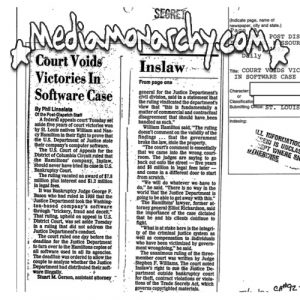 Mossad Maxwell, three bullets and sex crime senators + this day in history w/More popular than Jesus and our standup of the day by Paul Grover on your #MorningMonarchy for August 12, 2021.

'The Octopus: Secret Government and the Death of Danny Casolaro' by Kenn Thomas & Jim Keith
https://feralhouse.com/the-octopus/

'The Last Circle: Danny Casolaro's Investigation into the Octopus and the PROMIS Software Scandal' by Cheri Seymour
https://www.bibliotecapleyades.net/sociopolitica/last_circle/0.htm

THE OCTOPUS: Every day this week at 2PM MT, tune in for the premiere of Media Monarchy's New Time Radio: A brand new radio play for the 30th anniversary of the loss of #DannyCasolaro! (Audio)
https://twitter.com/mediamonarchy/status/1424474775393501187

Up to 30 Russians a year falling prey to bloodthirsty Satanist covens, expert warns as DEVIL-WORSHIPERS confess to ritual murders
https://www.rt.com/russia/531629-devil-worshippers-ritual-murders/

Suspect in Tokyo train stabbing in which 10 were injured sought to kill ‘women who looked happy’
https://www.rt.com/news/531442-japan-tokyo-train-stabbing/

Antifa using Twitter & Telegram are organizing another violent attack on a "Let Us Worship" Christian event in Portland on Sunday evening. The day prior, antifa violently assaulted attendees of a family prayer event at a park in downtown.
https://twitter.com/MrAndyNgo/status/1424542173651931136

Lawsuit filed against US State Dept for allegedly concealing info on ‘abusive’ anal-swab testing of American diplomats in China
https://www.rt.com/usa/531411-diplomats-anal-swab-lawsuit/

New: Apple confirmed it will begin scanning for known child sexual abuse materials (CSAM) on iPhones and Macs starting later this year. The scanning will roll out initially in the U.S., but already faces resistance from security and privacy advocates.
https://twitter.com/zackwhittaker/status/1423383256687419393

Video: President Biden invites the children of officers who defended the Capitol on Jan. 6th up to his bill signing.
https://twitter.com/BustedFlush_f18/status/1423458070349316099

BREAKING: An alleged victim of Jeffrey Epstein files a lawsuit against Prince Andrew, accusing the 61-year-old royal of sexually abusing her when she was under the age of 18, according to court records.
https://twitter.com/ABC/status/1424841973261873156

1966 - John Lennon apologized at a news conference in Chicago, IL, for his remark that "the Beatles are more popular than Jesus."
https://en.wikipedia.org/wiki/More_popular_than_Jesus // https://www.youtube.com/watch?v=fZPCjQSoEUg